The Blackfoot is probably Montana’s most well-known river thanks to Norman Maclean’s novel, A River Runs Through It, and the movie of the same name, which was based on that novel. 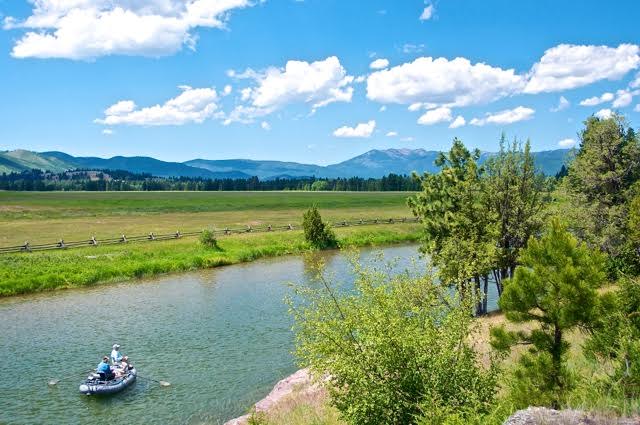 The river acquired its nickname “The Big Blackfoot” because it winds its way more than 130 miles from the Continental Divide outside of Lincoln to its confluence with the Clark Fork River near Bonner. The Blackfoot’s canyons and valleys were formed at the end of the last ice age by massive glacial lake outburst floods, known as the Missoula Floods. Over 200 hundred years ago, Meriwether Lewis navigated the Blackfoot upstream and then journeyed over the continental divide on the return trip of the Lewis and Clark Corps of Discovery.

The Blackfoot flows through box canyons, forestland, meadows, and boulder-strewn mountains. The shading provided by the Blackfoot’s towering ponderosa pines and moss-covered cliffs combines with its diamond chop riffles, boulder strewn pocket water, and bottomless emerald pools to not only offer all the exquisite scenery you could ever ask for; it also makes the Blackfoot a fly fisher’s paradise.

The fast flowing, clean, cold, deep waters of the Blackfoot make it prime habitat for several varieties of trout. In fact, the Blackfoot runs so clean during the summer months that it is one of the very few rivers in Montana that still have native populations of Bull Trout. Bull Trout are an indicator species, and their presence indicates clean, clear water.

Fishing can be excellent as early as April, and it will usually continue to fish well throughout October.  Native Westslope Cutthroat, wild Rainbows, Bull, Brown, and Brook Trout all inhabit the Blackfoot. Restored spawning tributaries of the river continually enhance native trout populations, and dry fly hatches are prolific throughout the summer.  The result is that it is not uncommon for anglers to have 30 or more fish rise on the fly during a typical float of the Blackfoot.  And it also means the Blackfoot offers anglers the opportunity to catch all five trout species in a single day, not to mention the Whitefish.  It just doesn’t get any better than that!

Facts for Fishing the Blackfoot River

Travel distances from Missoula – 10 minutes to 1½ hours depending on where you put in.

Primary style of fishing – Early season streamers and nymphs; large attractor dries with bead-head dropper throughout the summer and fall. 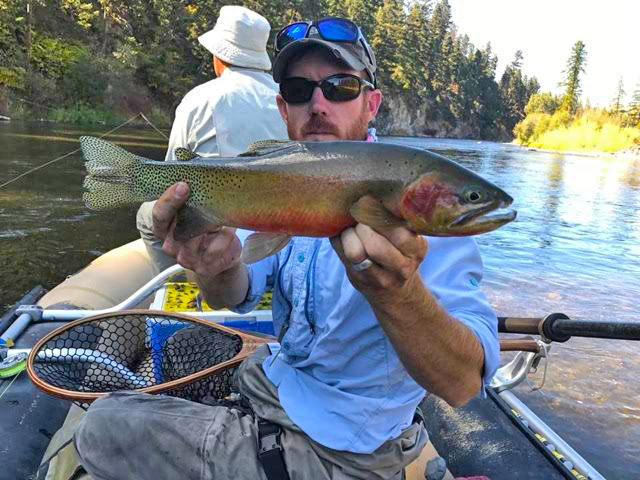