The Missouri River (or “the Mo”, as the locals call it) is formed by the confluence of the Gallatin, Jefferson and Madison rivers at the aptly named town of Three Forks. 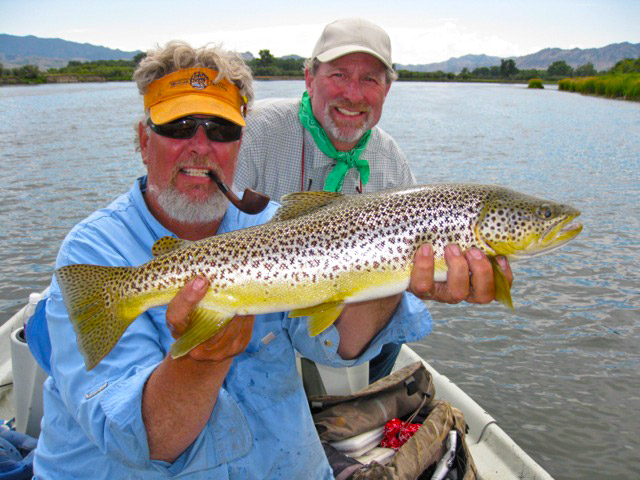 At its origin, the Missouri river flows through wide-open valleys, flanked by buttes and thinly forested mall mountains.

Downstream from Wolf Creek, its big, broad tail-water flows out of Holter Lake east through Great Falls and continues eastward until it crosses Montana’s borders into North Dakota. Altogether, the Missouri flows over 700 miles across Montana with more than two hundred miles of its length consisting of several reservoirs and lakes, the largest of which is Fort Peck Lake in the Hi-Line region of northeast Montana.

The Missouri River is one of our prime rivers. We love taking people on it at certain times of the year. Its waters are similar to the Clark Fork but with tail water characteristics. Throughout runoff periods west of the divide, its tail waters tend to keep flows both clear and predictable, making it the “go to” river during this time. Most of the Missouri is floatable. From Holter Dam, all the way down to Pelican Point, its tail water is mostly calm floating, which means you can relax and concentrate fully on your fly fishing.

The Missouri river is perhaps best described as a gigantic spring creek in which the rainbow trout are acrobatic and strong, the brown trout are huge and cunning, and the backdrops are just as gorgeous as the fish. All of this adds up to a rather unique experience in fly fishing, which is why we love it so much.

With one of the highest fish per mile counts of Montana’s rivers (approximately 8000 fish per mile), many consider the Missouri to be a true Montana trout fly fishing mecca.  The Missouri will not only amaze you with its over-all population of big rainbow trout and brown trout, its average fish size and dry fly fishing are equally impressive.  The Missouri continually has one of the largest average fish size, ranging from 16 to 24 inches.  The reality of landing a huge trophy brown trout is well within reach by any angler on this river.  If you like making that sixty-foot cast to a rising trophy trout with a size 18 dry, then this is the river for you.

The early spring streamer fishing, along with the thick midge and prolific march brown hatches in April, can easily make this destination a primary objective.  But the Missouri River fishes wonderfully at all times of the year. For instance, come fall in October, the Missouri becomes a great place to fish tricos to rising sippers and toss big junk to pre spawn browns.

The flies we use and the techniques we have for the Missouri River are unique and highly effective.  Over the past 10 years, there has been more and more pressure on this fantastic river, but because of our river section choices and time of day choices, we can usually avoid any feeling of crowds and congestion.  This is by far my favorite river to guide on in April, May, early July, August and October.

Baetis, Caddis and Skwalas (mid April to late May) 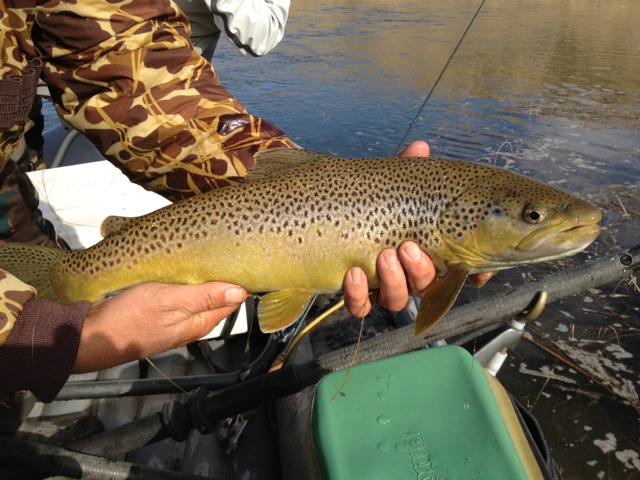