The Clark Fork is over 300 miles long and the largest river by volume in Montana. 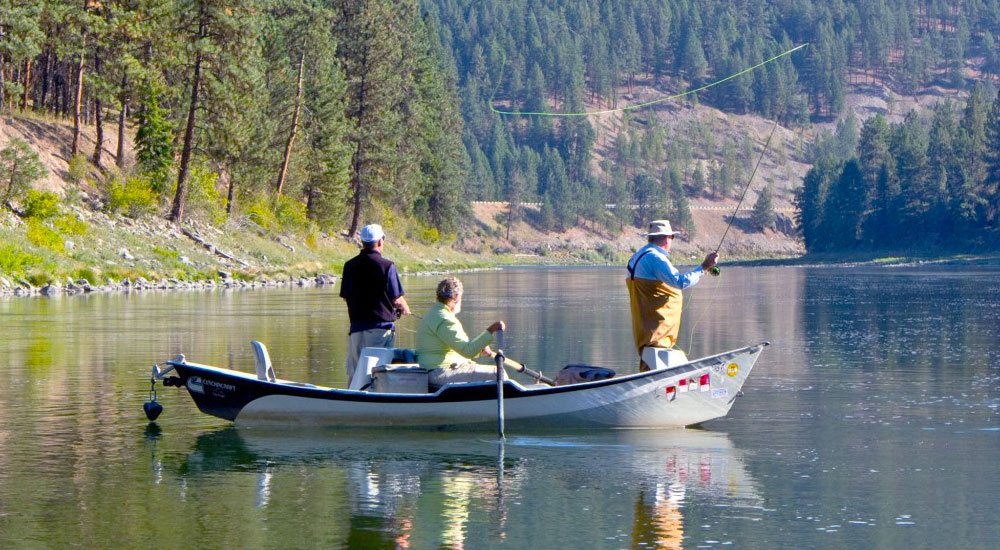 From the confluence of Basin and Blacktail Creeks, its headwaters are known as Silver Bow Creek in southwestern Montana near Butte. Besides numerous feeder streams, it receives the Bitterroot River just west of Missoula, as well as the Flathead River near Plains.

The Clark Fork, and in particular its headwaters, is infamous for toxic metals draining into it from mining. Thankfully, the mines have been closed, and various superfund sites have now cleaned up most of these toxins. In fact, remediation activities have already started to take effect in its headwaters, and they are becoming a popular fishing site.

The Bitterroot has it all; from runs and riffles, to pools and flats, its numerous braids and channels combine to create a river with remarkable diversity and premier dry fly fishing. The Bitterroot is notorious for its very heavy hatches, making it one of our favorite dry fly fishing rivers.  Rainbow trout are prevalent, along with somewhat smaller populations of brown trout and westslope cutthroat trout.

The Bitterroot offers some of the best early season fly fishing in Montana.  Believe it or not, we start fishing this beautiful river (with confidence) in February.  Our dry fly patterns like the bugmeister, nightmare, and congo caddis fool fish from March thru October.

More than any of the other area rivers, the Bitterroot during the spring skwala hatch is the place to be for big trout on dries.  But there are also thriving hatches of Mayflies and Caddis from March through November.  Together these hatches provide anglers with some of the best dry fly fishing in the entire state of Montana.  Our favorite months to fish the Bitterroot are March, April, August and October. 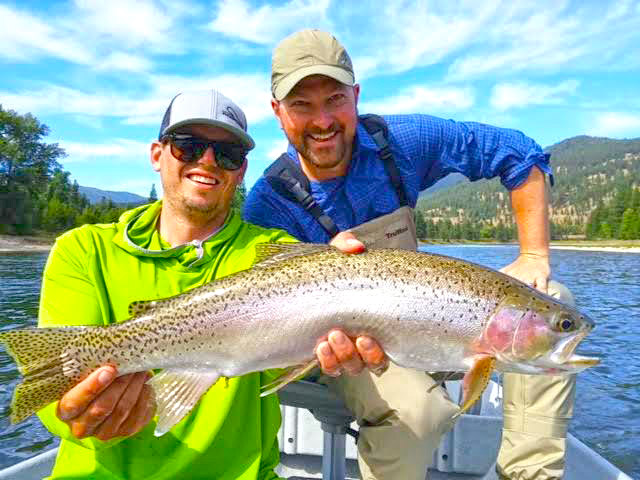